Why is it Important to Obtain a Crash Report After an Accident in Florida? 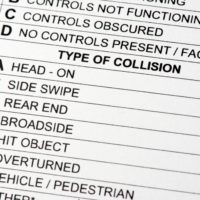 In this article, Rosen Injury Law car accident attorneys, Eric Rosen and Alex Litowsky, discuss why it is important to get a long form crash report after an accident.

There are so many car accidents in Fort Lauderdale and, South Florida, and a lot of people always ask should they wait on the scene for a police officer to come and fill out a crash report. So I wanted to ask Alex directly: Why is it important for people to get a crash report after a car accident?

A: Well, first and foremost, t’s important just to have the police there so that they can document everything, and make sure that all of the information given by the defendant driver is in fact accurate. The officer will get all that information down on a piece of paper for you to keep so that you have all of the defendant’s driver’s information, insurance information, and that helps your lawyers get the claim going. The crash report also documents where the vehicles were, how the crash happened, if there were any witnesses, addresses, phone numbers, and the police department that actually reported to the scene.

What does a short form crash report typically consist of?

A: For the most part, a short-form report is only going to have the names of the two parties, and their basic insurance information. The short form report might occasionally include a phone number or an address but for the most part, it usually has the name of the vehicle owner and the insurance company of the vehicle owner as well the name of the police department that took that report. With a long form report, and that is what our firm gets for our client when we file their claim.

So it’s important to always ask for the long form. Make sure the police officer is going to take down all the information but also create a long form crash report because what we’ve noticed is that the long form crash report has a ton of additional information besides just the driver information and insurance information. It’ll also include the names of witnesses that may have seen the incident. It’ll document whether there were photographs or bodycam footage taken by the police officer. Lastly It’ll also document who was at fault for the crash, which is not usually found on the short form.

Why is it important that we have that long form that documents the fault of the driver?

So just remember, if you’re injured in an accident, you always want to get a crash report. You want to obtain the long form crash report because the other driver’s insurance company is going to look at that report to help them evaluate the claim. If you don’t have a crash report, then it’s just your word against the other person’s driver without a third party being involved to document what happened so they may deny the claim if you don’t have that crash report. Insurance companies need all the information on that report to decide who is at fault.

If you’ve been injured in an accident and need assistance in obtaining a long form crash report to evaluate your claim, then please contact the car accident attorneys at Rosen Injury Law with any questions. We are always here to help.